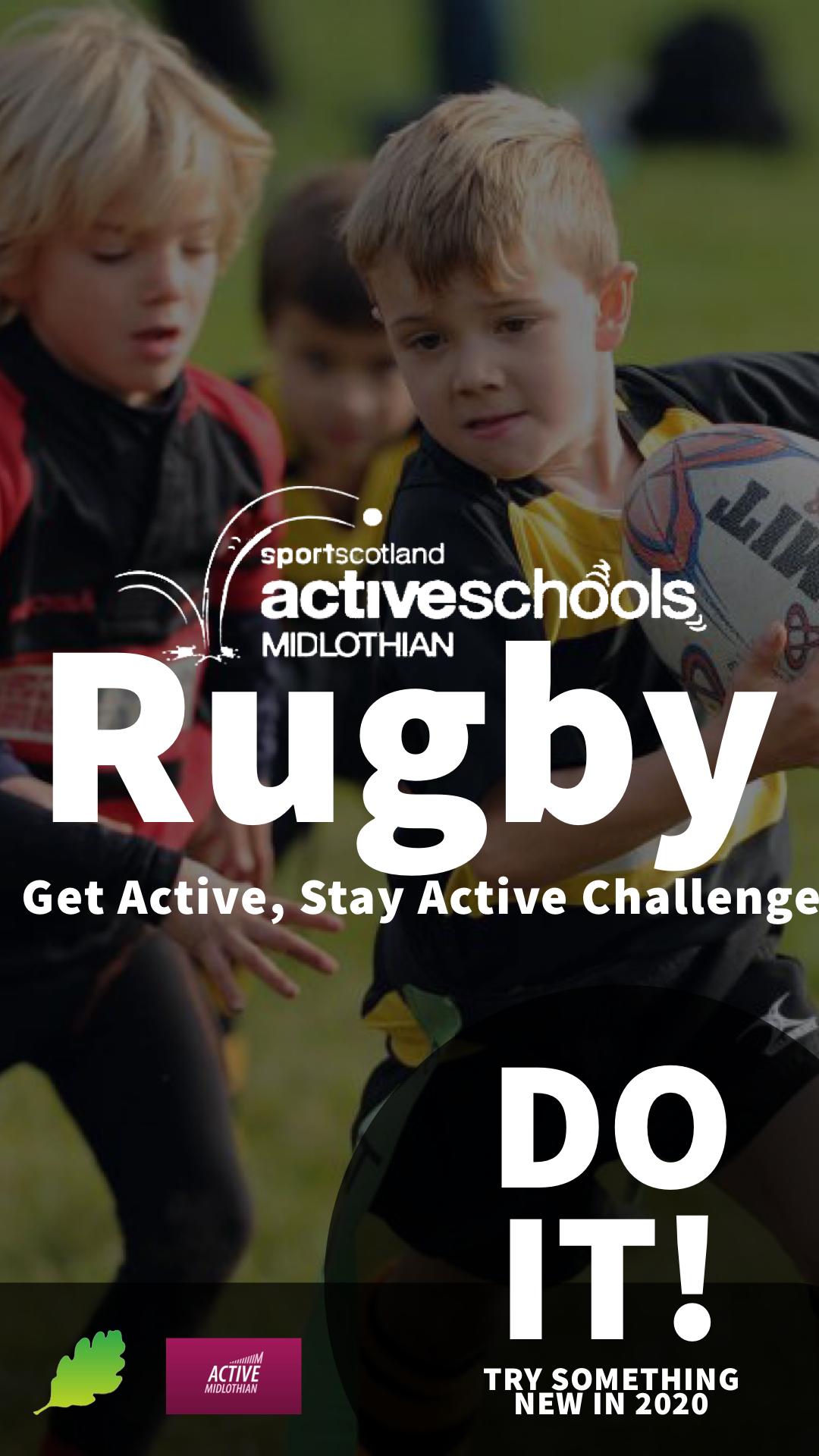 Rugby union, widely known simply as rugby, is a full contact team sport that originated in England in the first half of the 19th century. ... In its most common form, a game is played between two teams of 15 players using an oval-shaped ball on a rectangular field called a pitch.

Rubgy is supported throughout the Active Schools network within Midlothian. There are also a whole host of local Rugby clubs accross the authority, if you are interested why not connect with your local club below.