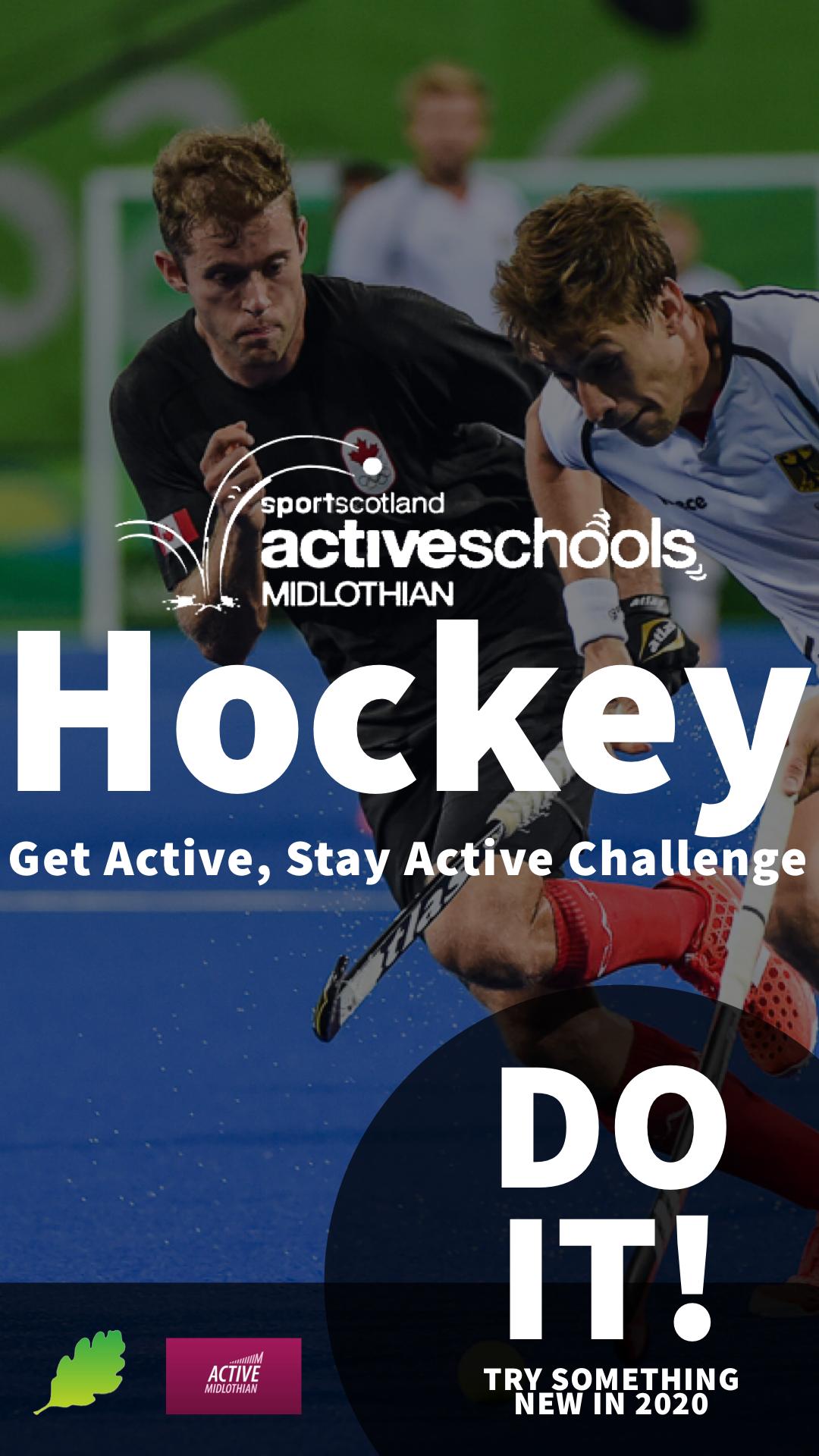 Field hockey is a widely played team sport of the hockey family. The game can be played on grass, watered turf, artificial turf or synthetic field, as well as an indoor boarded surface. Each team plays with ten field players and a goalkeeper.

Hockey is enjoyed accross the Active Schools network with several festivals held every year for Primary school children. Hockey can also be enjoyed at Eskvale Hockey club which is a Midlothian based club with session running throughout the authority.