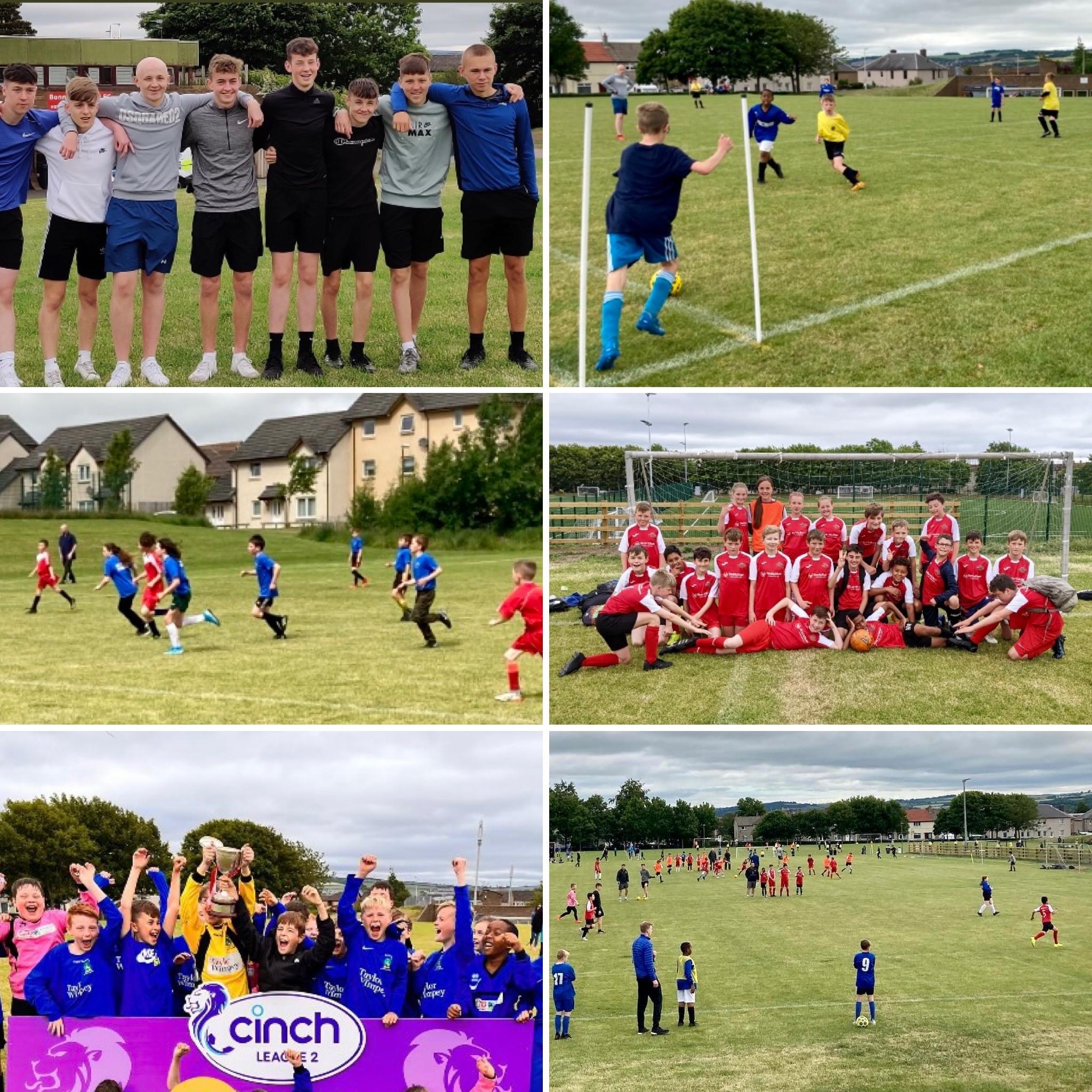 The main project we have worked on together was piloting an inter-school football festival with free, extra-curricular training sessions set up in the primary schools taking part.  Both Active Schools & Bonnyrigg Rose FC recognised pupils have missed out on a lot of opportunities to come together, not just with other schools but with those in other year groups within their own school, due to Covid.  We wanted to provide a fun opportunity for local young people to get back together, get active and to meet some of the people they will be starting high school with.

Although a score was kept, the focus was on participation, giving pupils a chance to play with other schools in friendly 7-aside matches.

The opportunity to take part in this event saw 7 free football clubs run, allowing over 150 pupils to participate in extra-curricular football.

These clubs were led by 16 staff members and parents who kindly gave up their time to support pupils in their preparation for this festival.

On behalf of Active Schools and the pupils who took part in these sessions, we would like to thank these volunteers!

Great collaboration from Bonnyrigg Rose FC, Active Schools, local primary schools, parents and Lasswade high school staff & pupils which led to a fantastic morning of football that was enjoyed by all involved.